There was something for everyone at Mitchel Troy Village Fayre – with traditional games, 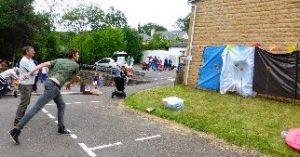 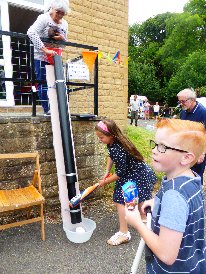 a dog show, with a delightful collection of dogs of all shapes and sizes, with best in Show won by Max, a golden retriever belonging to Helen Elkins, 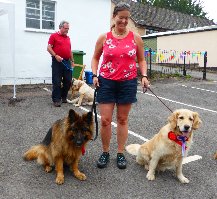 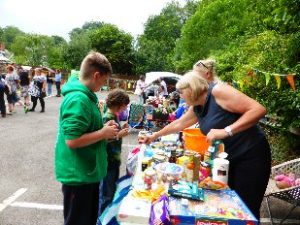 Other stalls included some wonderful face-painting, as shown on the front page of the Monmouthshire Beacon, a colourful and interesting stand from local charity, Hands Around the World, and a raffle of the harvest hamper from Jake Elliott that grew his £1 to well over £11 for his school. 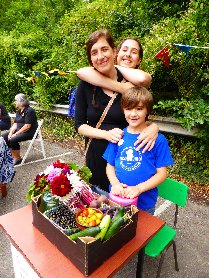 Meanwhile, inside the Hall the Village Produce Association stall advertised their Summer Show (in the Hall on Saturday August 19th), the cake stall with cakes donated by members of the Committee and others did a roaring trade 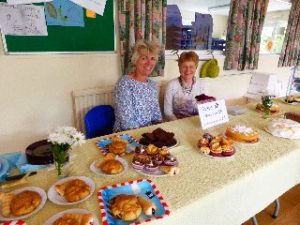 and cups of tea and cream teas proved very popular.  As the afternoon drew on, the bar opened and the appetising smells from the BBQ reminded everyone to get a drink and relax with sausages & burgers.